The Arc Central Chesapeake Region and Day of Remembrance

The Arc Central Chesapeake Region (The Arc), a nonprofit committed to transforming lives for people with intellectual and developmental disabilities (IDD), will be holding a Day of Remembrance in commemoration of the tragic events of September 11, 2001. The organization will join hundreds of others across the community in turning a day of tragedy into a day of support and hope.

The Day of Remembrance event will take place at the Stoltz Pavilion and pay tribute to the individuals lost and injured in the attacks, as well as honor the first responders and the many others who have risen in service to support their community members. This event is the final event in a series of activities designed to create awareness that during emergency situations where time is a critical factor, the vulnerable population—people with disabilities, elderly, children, and others—are disproportionately affected by the crisis, and many times their needs are not considered in emergency planning. 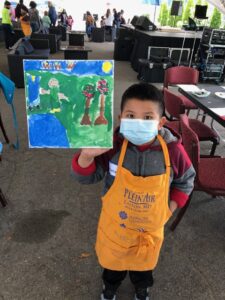 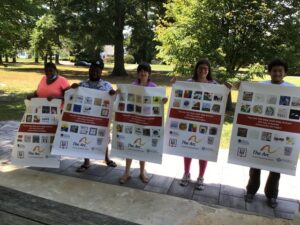 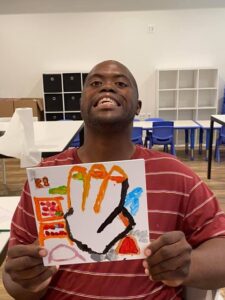 According to Deena Kilmon, the local Director of Engagement of The Arc, the idea for this project came about when The Arc of the United States put out a call asking, ‘how would you communicate this message to your community?’

“We decided on a three-pronged approach,” said Kilmon. “The first was a community art contest: You are the Help Until Help Arrives/Remembering Those Lost. Hundreds of artwork were submitted, and many can be seen on banners throughout downtown Easton. Next, we did a series of safety trainings in partnership with the Talbot Department of Emergency Services. The third was the event– Day of Remembrance.”

Joined by partners, For All Seasons, The Avalon Theater, and the Talbot Department of Emergency Services, and supported by the Town of Easton, the commemoration will feature Beth Anne Langrell, Chief Executive Officer – For All Seasons – as keynote speaker, who will discuss her connection to 9/11, as well as what services and supports a community like ours can offer in times of crisis.

“We’ll be showing a video of all the activities we’ve done all summer and will have more artwork on display at the Avalon,” says Kilmon. “But what’s so wonderful about it is that each one of our artworks represents a person who has had a conversation either with me or someone on our team about how they would help someone in their community directly. I think the impact has been significant.”

As to what Kilmon anticipates will be the message that people will take away, she said: “Our hope is how I entitled the art project, ‘You are the Help Until Help Arrives,’ which basically says if you are the first person on the scene or if you are called to support someone, that you will have the confidence to step up and take action and support the people in your community. You are the hero.” 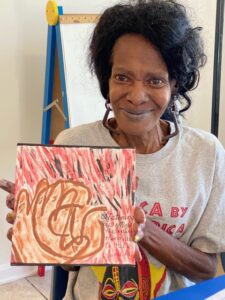 That hope may already have been realized, as Kilmon recalls one art submission that just may show the shift she envisioned. When she couldn’t decipher what the artist was trying to draw, she asked for clarification. “The woman said, ‘Well, that’s an ear, because Deena, the first thing you do when something happens is that you be quiet yourself, and you listen to see how you can help.’ And I thought that is brilliant. Here we were all babbling about, ‘I would do this’ or ‘I would do that,’ and she said, ‘I would immediately stop talking. And I would listen to see how I could help my neighbors.’ You know this summed up the whole reason I did this project.”

The Arc Central Chesapeake Region Day of Remembrance will be held on Saturday, September 11, 2021, from 10:30 AM – 12:00 PM at the Stoltz Pavilion, 40 East Dover Street, Easton, MD. Deena Kilmon can be reached at

Holly was previously the Executive Director for Venture Lititz, Downtown Lititz’s Nationally-Accredited Main Street Program.  She was responsible for various downtown events such as the Taste of Lititz and Lititz Fire & Ice.  In this role, she was responsible for the overall economic and community development projects and programs for Lititz and also served as a board member of the Lititz Regional Community Development Corporation.

Prior to moving to Lititz, Holly worked in economic and community development for the City of York and managed the city’s Redevelopment Authority and the Blight Task Force.  In her role, she helped developers identify buildings for redevelopment and work through the financing options for projects.  She also worked with various neighborhood associations within the city, working on blight remediation projects, youth programs, and crime prevention.  Holly coordinated the designation of York’s 2nd Elm Street Program.  Holly worked for Royal Square Development and Construction, managing redevelopment of blighted buildings, writing grants for historical tax credits and New Market Tax Credits used in the redevelopment of market district projects totally over $10 million dollars.

With an extensive career in marketing, nonprofit management, and downtown redevelopment, Holly plans to use her skills and experience to further the redevelopment of the Easton downtown and community.

Kerri Langlais is a Managing Director at Beowulf Energy where she is responsible for the company’s M&A and financing activities.  Beowulf Energy is a leading energy infrastructure project developer, investor and asset manager with a global presence in the U.S., Europe and the Caribbean.  In addition to her role at Beowulf, Ms. Langlais is actively involved in Bluepoint Hospitality Group’s expansion and real estate development activities in the Town of Easton.  Previously, she spent 10 years in the Investment Banking Division at Goldman Sachs, where she was most recently a Vice President in the Natural Resources advisory group in New York.  Ms. Langlais also worked at Harvard University where she provided advisory to the University’s financial strategy and planning process.  Kerri received her BA in Finance and graduated with honors from Boston College.  She lives in New York City with her husband, Kevin, and their two children.

Doug also regularly counsels businesses and developers in a variety of corporate and commercial real estate matters and serves as general corporate counsel for many regional and closely held businesses. His business practice includes representation businesses of all sizes in various industries, as well as equity investors, in a wide variety or corporate and business matters, including, but not limited to, mergers and acquisitions, sales, reorganizations, spin-offs, joint ventures, drafting and negotiating employment agreements and buy-sell agreements as well as general day-to-day business and succession planning.

Prior to founding McAllister, DeTar, Showalter & Walker (MDSW), Doug practiced with Miles & Stockbridge P.C. for nine years, four of which as a partner, and prior to that spent five years practicing at Royston, Mueller, McLean and Reid, LLP in Towson, Maryland. Doug lives with his wife and three daughters in Easton, Maryland and enjoys spending time with his family throughout the Eastern Shore exercising, playing or coaching sports and fishing.

As someone who was partially raised by books and television, Lance has always been intrigued by the power of language. He is compelled by stories and discussions that connect people and hopes to create some of his own. Throughout his many jobs and his college career, he strived for bettering his environment and putting everything he had into his work. He hopes to help the EEDC highlight the rich history of Easton to its natives and visitors and keep communication a constructive force. He has a Bachelors in English literature and, like most people of that discipline, an alarming number of books and movies. He is happiest when watching an old movie, reading a graphic novel, or singing badly in an isolated area.

Natalie Slater serves as the Executive Assistant to the Executive Director and the Chesapeake Harvest team. She brings years of administrative, marketing and project management experience to her role.

As a former Eastern Shore retail store owner, Vice President and Co-Founder of a Delmarva magazine, non-profit volunteer and former board member of the United Way of Queen Anne’s County, she understands the responsibilities and challenges of business ownership, non-profits as well as the corporate world.

Natalie’s entrepreneurial propensity gives her the ability to embrace the fast-paced environment of Easton Economic Development and Chesapeake Harvest. With her passion for learning, she is eager to tackle the newest software programs to bring efficiencies into the
work-place.

Natalie loves all things nature and enjoys cooking vegetables and herbs from her garden. When not in the garden, you can find her on the golf course or reading a good book.

Tracy Ward was hired in April 2014 to make great things happen for Easton Economic Development Corp. The Board of Directors tasked her with launching project initiatives that support the organization’s goals, and she has quickly made progress on key projects that anchor the organization’s mission.

Tracy has over 27 years of experience as an economic and community development leader, devoting her career to urban transformation through collaborative public/private partnerships and cross-disciplinary strategies. Tracy has led major housing and neighborhood development initiatives throughout the Baltimore region. She was instrumental in the creation of over 1,000 housing units in downtown Baltimore, implemented the nation’s first combined residential and commercial special taxing district, helped hundreds of families transition to home-ownership, and has created community master plans that are still being used today. Later, at Fannie Mae, Tracy provided technical assistance to communities in five states, originating and underwriting over $100 million in debt and equity investments for transformative housing projects in targeted communities identified for growth.

In 2004, Tracy founded Urbanite, an award-winning glossy magazine with a circulation of over 60,000 in the Baltimore metropolitan area. During her tenure, Urbanite’s circulation tripled and annual revenues grew by double digits each year. In 2013, Tracy took a “sabbatical year” to travel and work on farms to learn about agriculture and the production of local food.

Tracy holds a Bachelor of Science in Human Nutrition & Foods from Virginia Polytechnic Institute and State University. She is also a graduate of Leadership Maryland.